The diagram to the left shows a typical installation of the Text Overlay Box . It works inline with a CCTV or Composite Video Camera. It can also be connected inline to a Customer Pole Display to allow for instant recording of the transactions. It can either be connected to a Serial or Parallel Printer this provides the transaction data also, but usually at the end of the transaction. The video can then be recorded by a VCR or DVR recording device.
The Text Overlay Box is compatible with most POS systems that have a serial Port for a Pole Display or Receipt Printer. It is also compatible with most Cash Registers that have a RS232 serial port for external devices such as a Pole Display Display or Receipt Printer, such as a Samsung ER-650.
User configurable options make the Video Text Inserter unit flexible for multiple configurations.

The Text Overlay Box has a video text insertion chip that has a rather large character for good visibility on even poor resolution televisions or VCR recordings. There is a maximum of 28 characters per line.  Most pole displays you will see in the field are 20 characters wide and two rows high.  There are others; ten by one, sixteen by one, twenty by one and so on. Our choice has been to display the full 28 characters wide and let the text wrap where it may so as to have as universal a product as possible and to make full use of the screen so that the text has to encroach on the video as little as possible.

The Text Overlay Box is usually shipped with our space swallow (TM) feature enabled. This feature suppresses more than one consecutive space character.

Simple ASCII compatibility for generic operation.
Elaborate formatting of the customer display or receipt printer is not important for recording on a DVR. Our simple generic operation makes us more future proof against changes by the POS manufacturer.

Automatic sync detection and generation.
When there is a valid video input to the text inserter, the OSD will be a B&W overlay on top of the input video. When there is no video input to the video text inserter,, a stable full screen OSD will be generated and the Alert character will be visible in the lower right of the screen.  Normal operation of serial port, parallel port and User Interface is possible without any input video.

Flexible power supply options.
Power from USB from the POS computer or a 9V wall transformer.

User Interface for simple setup.
You do not need a computer or any special program to configure features. Just a small screwdriver or the tip of a pen and a television to monitor the video output.
Using one input switch you can:

Set serial data rate.
Set the number of lines on the screen that text can be inserted. The range is 2 to 11 rows.
Set the number of characters per line. Currently we support 10, 14, 20 and 28.
Set the delay from last received character to clear of inserted text from 3 to 10 seconds.

Status LED
The LED lights and blinks when serial or parallel text is inserted on the video.
A slow toggling indicates the character clear time out period.

Small metallic enclosure with tough powder paint.
The approximately 6.25 by 4 by 2 inch enclosure is easy to locate near the POS system.

FCC class B approved
Tested and found to comply with both industrial class A limits and the more stringent residential class B limits.

There are no reviews yet.

Be the first to review “Text Overlay Box” Cancel reply 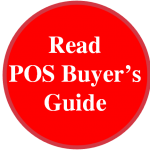 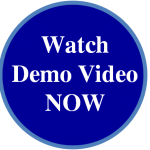