Frozen yogurt too good to be true! 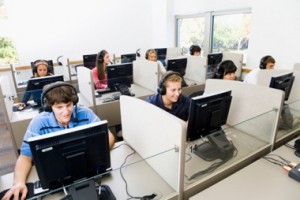 News came out recently about a phony frozen yogurt shop search engine optimization (SEO) sting in New York — and with it, the term “astroturfing” is having a moment.

Given the strong presence Sintel Systems has in the frozen yogurt segment of the restaurant POS marketplace, we were particularly interested in this story.

Investigators at the New York State Attorney General’s office faked ownership of a Brooklyn frozen yogurt shop and then “reached out to some of the top SEO companies in New York to help increase the bogus store’s positive online presence.”

After running the SEO sting operation for a year and netting the guilty firms, they managed to ensnare 19 SEO companies writing bogus reviews — or “astroturfing” — on Yelp, Google Local, Citysearch and other popular crowd-sourced websites.

Attorney General Eric Schneiderman described astroturfing as “preparing or disseminating a false or deceptive review that a reasonable consumer would believe to be a neutral, third-party review.”

In a recent post about the bust, the DailyCaller.com said, “The office was trying to crack down on fake consumer reviews online and decided to fight fire with fire.”

“Reuters reports that the guilty firms, which offered [SEO services] to businesses seeking to improve their online reputation, must now pay a combined $350,000 in false advertising penalties,” the post also stated.

Sadly, many of those contacted offered to concoct fake online consumer reviews of the froyo store, using complex IP address spoofing techniques and hundreds of online accounts in their attempts to avoid easy detection.

The Daily Caller reports that some firms paid freelance writers around the world to write positive reviews for from $1 to $10 per post, and reprinted an ad one SEO company posted on Craigslist as saying, “We need a person that can post multiple positive reviews on major REVIEW sites. Must be from different IP addresses… So you must be able to have multiple IPs. The reviews will be only a few sentences long.”

According to the Daily Caller, Schneiderman’s office forced the companies to sign an Assurance of Discontinuance letter and fined each between $2,500 and $100,000.

Given recent research, this sort of skullduggery is tempting to some because of the high potential impact. The Daily Caller said, “Positive online consumer reviews have become a vital part of business success. In his statement, Schneiderman cited a 2011 Harvard Business School study claiming that just a one-star rating increase on Yelp added 5 to 9 percent to restaurant revenues.”