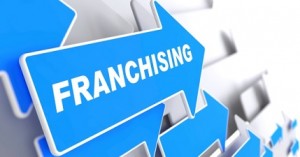 Paul Dalrymple is one Buffalo’s Cafe franchisee that took his tagline to heart.

Before he said his “I do” Dalrymple and his future father-in-law had been partners in a Buffalo’s Cafe franchise. Dalrymple now has three sons, and the family partnership now manages five Buffalo’s Cafe locations throughout Georgia.

In a recent Franchise Players Q&A interview, “How I Opened A Franchise with my Future Father-in-Law,” Dalrymple talks with Entrepreneur.com’s Kate Taylor about what he has learned about franchising in the last two decades.

Given the strong presence Sintel Systems has in the retail, restaurant and service industries’ point of sale marketplace, we share these posts about entrepreneurial franchisees with our customers and franchise hopefuls looking for key insights and opportunities in order to help them make the best decisions from the very beginning.

Dalrymple came from family of entrepreneurs, and says the ability to run your own business and still maintain the high standards of a corporate business was a good fit for his personality.

While in college, Dalrymple worked at Red Lobster as a server, bartender, and cook. He began working as a manager with Bennigans after he graduated with a degree in restaurant and hotel management from the University of Georgia.

Dalrymple opened his first Buffalo’s Cafe at the age of 26, grew it to eight locations, then sold some of them in order to spend more time with his growing family. “Now that my three sons are getting older, I’m back to opening more stores,” he tells Taylor.

When asked why he chose Buffalo’s Cafe, Dalrymple says he was first introduced to the concept by a franchisee that happened to be a friend of his father. “I approached him about a location I had found, and we formed a partnership and opened our first location together in 1994,” says Dalrymple. “I also met his daughter around that time and we ended up getting married and having a family together, so he is actually my father-in-law now!”

Dalrymple tells Taylor he estimates they spent a little less than half a million to open the first store. In terms of advice/research, at that time in 1994, Dalrymple says he was mostly pulling from his own experience in the industry, the training I got from Buffalo’s Cafe at the time and my partner/future father-in-law.

Staffing and training became the most unexpected challenges of opening the first location. “The area we were in didn’t have a lot of full service type employees, so we were starting from scratch and teaching people how to operate full service,” Dalrymple says.

To individuals who want to own their own franchise, Dalrymple says, “Make sure you understand the industry, make sure you’re willing to commit the time, and don’t trust anyone more than yourself.”

Now, after twenty years, Dalrymple tells Taylor they are thinking about building some Fatburger/Buffalo’s Cafe cobranded units, and closes by saying, “There are a couple deals I’m working on right now and it could be something new for me to get into the burger business.”

For more insights into franchising and the franchise-seeking mindset, check out our related posts, Interview With A Fro Yo Entrepreneur, Inside A Baskin-Robbins Turnaround, Fast-Casual Pizza Franchises Have Investors Over The Moon, and 7-Eleven Readies Its Wilson Farms Buyout For Franchisees.