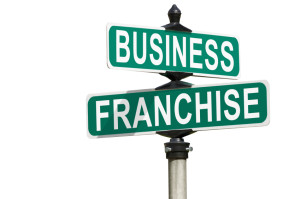 The boom in franchising continues through 2014, but the past year also saw private equity play an important role.

In a recent post in the Legal News section on JDsupra.com, Thomas Pitegoff says that private equity offers a franchisor with a growing franchise system a promising pathway to rapid growth.

“An investment group can assist a franchise company strategically, tactically and with economies of scale,” Pitegoff writes.

Just as we share our vast point of sale experience and expertise with startup owners in order to help them make the best decisions from the very beginning, we at Sintel Systems are happy to share articles, advice and commentary about franchising growth trends.

Here are the highlights of “Private Equity Was Active in Franchising in 2014”:

• Pitegoff writes that private equity sees value in the ongoing royalty stream of a franchise system and that franchised restaurants, hotels and retailers also typically have higher valuations than non-franchised businesses.

For more insights into franchising growth trends, check out our related posts, Froyo Has Private Equity Smacking Its Lips, Boom Times for the Restaurant Sector? Recruiting Franchise Announces Big Growth Plans, The Top 12 Franchises, Based Upon Average Annual Single-Store Sales, Tested Proven And Growing: The Motley Fool’s Roadhouse To Riches, Growth Investors Likely To Get In Line For Shake Shack IPO, and Fast-Casual Pizza Franchises Have Investors Over The Moon.
Sintel is the only full-service, direct-to-user point of sale provider — no resellers, no middleman. From software development to franchise incubator to ongoing support, part of Sintel’s commitment to our customers and industry is to share information on how to achieve success. Whether you’re a first-time franchise hopeful, a small business owner or an established chain, it’s always smart to stay on top of franchising trends.