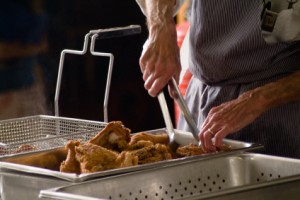 Announced in Obama’s State of the Union address in February, President Obama’s proposed minimum wage hike from $7.25 to $9.00 per hour has caused rumblings in the world of chain restaurants.

The increase would be the first since 2009, while the federal minimum wage for tipped servers has remained at $2.13 since 1991, reported Nation’s Restaurant News (NRN). The article stated, “… industry watchers said the proposal would likely cause labor pains for foodservice companies if it becomes law.”

While major brand representatives are responding cautiously, industry insiders are weighing in on the hike’s possible impact.

Sharon Zackfia of William Blair & Company projected that brands with a higher percentage of franchised units, and those located primarily in states currently paying higher wages than the federal minimum, would feel the least pressure if the hike passes.

Zackfia estimates the rate of inflation to labor costs could rise an average of 18% for the major chains her company covers. She suggests the highest unit-level labor pressure would be on Sonic Corp., as only 12 percent of their units are company-owned, and the majority are located in Texas, where both the minimum wage and minimum tipped wage are the lowest possible.

She projects this resulting in the highest menu price increase of 6% by 2015, with the lowest increase expected for Dunkin’ Brands due to their virtually 100% franchised business model, and the fact that nearly half of their locations are in states with minimum wages exceeding the federal rate.

Sintel Systems is a quality provider of Point of Sale systems across retail and service industries, including frozen yogurt shops, pizzerias, sushi restaurants, cafés, retail stores and a myriad of other tailored systems.

We are your single source for business solutions: Hardware – Software – Support