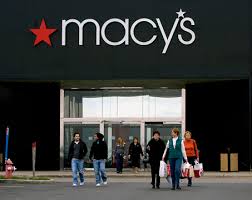 Macy’s is set to shutter 35-40 underperforming stores in early 2016. The chain of retail stores has yet to identify which locations will close. Expected number of stores closing account for 5% of all Macy’s department stores.

Macy’s stores have been closing at an increasingly faster rate. In the last five years alone, the company shut 52 locations. They currently operate 770 department stores in 45 states, 12 of which have opened in recent years.

Sales for closing location total approximately $300 million, which the company stated was 1% of Annual Sales Volume.

The retail chain places emphasis on changing consumer patterns as online shopping gains traction and while brick-and-motar locations are “absolutely vital,” Macy’s will need to enhance the store experience to withstand innovation.

Although shuttering locations may seem severe, Motley Fool analysts suggest closing locations is a brilliant move for Macy’s. Competitors have also been shedding stores but unlike Macy’s, it comes in part of poor operating results. Macy’s did pretty well during the recession and continues to maintain high returns for shareholders until recent quarters.

Macy’s is gearing up to show competitors how to remain relevant in the modern world through “omnichannel.” The department store’s Form 10-K financial filing specifies:

All the while Macy’s continues expanding reach in various markets. Partnering with Hong-Kong based Fung Retailing Limited, Macy’s is working on a solely ecommerce venture.

As for physical store developments, the retail chain will open six a spinoff, “Macy’s Backstage,” locations that sell discounted items.