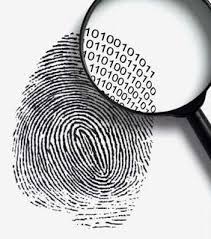 In the fall, MasterCard will begin testing biometrics to secure online payments.

Customers will be required to hold up their phone and take a picture when completing an online purchase. Various methods of identification will be tested.

Director of innovative solutions for combating fraud, Ajay Bhalla,  noted the ensuing generation “is into selfies,”  assuring they will adapt to new technology quickly.

Current preventions for fraud, used in 3 Billion transactions in the past year, includes “SecureCode.” It stops hackers from using a credit card number by forcing the purchaser to enter a password before settling. Granted, passwords are still forgotten, stolen, or compromised, rendering the feature inefficient.

MasterCard is following Apple’s finger scanning biometric innovations that were released in 2013. Apple Pay proved consumers were willing to use biotech identification methods.

MasterCard will begin testing a very minimal control group centering on facial and fingerprint scans. Once they have worked all the kinks it will be launched to the public.

The complexity of the operation, forces MasterCard to partner with every major cell phone manufacturer. Which customers, between Apple, BlackBerry, Google, Microsoft, or Samsung, will receive it first has not been announced.

To use the feature, you will have to download a MasterCard app.

User will be able to choose between fingerprinting or facial recognition. To guarantee optimal security the companies research team decided blinking will prevent fraudsters from fooling the system with a picture.

Fingerprint codes will remain on phones, while facial map algorithms will be transmitted through the internet onto MasterCards servers.

Security analysis fear the movement of data between phones and servers. Not only is the information being transferred through insecure networks, storing all the data in one place makes it a tempting target for hackers.

The credit card company is still in the testing phases and facial codes might remain on phones.

Until MasterCard has tested new tech possibilities, the EMV (Europe/MasterCard/Visa) or liability shift is next for merchants and credit card processors alike.

EMV is standard for inter-operation of integrated circuit cards (chip cards) for authenticating credit or debit card transactions.It is basically credit cards (currently used in Europe) that have chips in them that make it harder for fraudsters to replicate.

As of now the October 1, 2015, deadline is still in effect; although, due to the large amount of variable the date could change.

All credit card terminal will continue to work after the date but technology used will affect who is responsible for fraudulent charges. The liability shift mainly effects large retailer. 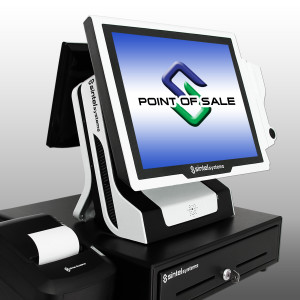 Any new hardware requirements will be made available by the deadline by most POS or merchant account companies.