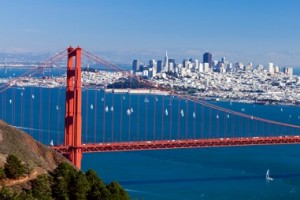 Columnist Herb Caen once referred to the Mid Market, a neighborhood in San Francisco as “le grand pissoir.” The neighborhood is well known for its homeless inhabitants. But, it looks like it might be making a turn around.

An article by the San Francisco Business Times  titled “Mid Market retail starting to catch up”, discusses the change that is coming to this once decrepit neighborhood.

“Retail on Mid-Market is in a transitional period. Square, Dolby, Microsoft, Call Socket, One Kings Lane, Twitter, Zendesk, Zoosk, Desmos and Benchmark Capital are drawing an estimated 5,700 jobs to Mid-Market, according to the Office of Economic Workforce and Development. An estimated 4,500 residential units are under construction. An estimated $1 billion in investment has flooded the neighborhood in the past few years. Brokers and developers are working to woo both national and local businesses to cater to the emerging 24/7 neighborhood comprised of residents, tourists and weekday workers.”

While local retailers may see the change that is coming to Mid Market, national or chain store retailers are not as comfortable.

City Officials in San Francisco are excited about the change that is occurring. “As part of the city’s Central Market Economic Strategy, the Mayor’s Office of Economic and Workforce Development has been overseeing collaborative marketing programs with nearby neighborhoods to promote local businesses. However, despite the private investment and the government support of the area, Mid-Market’s side streets, which are sprinkled with hundreds of single room occupancy units, might never be gentrified, business owners say.”

This is an up and coming neighborhood, if you are looking for retail space in San Francisco you might want to strike while the iron is still hot.

As a single source for business solutions, our experienced, knowledgeable team negotiates the complex POS landscape for you to enable you to find the right POS system for your business and budget.  Hardware – Software – Support