A growing number of build-your-own pizza concepts have been flourishing in Los Angeles, offering similar signature pies, baked in high-temperature ovens, and meant to attract millennials.

The fast-casual pizza niche is one of the hottest concepts in the restaurant industry. Although there are some growing brands on the east coast like Your Pie and Uncle Maddio’s Pizza Joint, the leading pizza concepts are battling it out in Los Angeles.

Currently we are watching how the pizza war between Blaze Pizza, MOD Pizza, PizzaRev, Pieology, 800 Degrees Neapolitan Pizza, and MidiCi Neapolitan pizza will play out. All heavily franchised, most have been able to extend their reach nationally rather quickly.

Co-founder of Blaze Pizza, Rick Wetzel,  suspects the chains that win will do so by paying attention to detail. It is not about doing one great thing but doing 1,000 great things.

Wetzel argues, like quick service restaurants such as McDonalds, BurgerKing, and Wendy’s, three chains will rise as the primary competitors.

He notes his own brand (Blaze), MOD Pizza, and Pieology are on track to become the leading fast-casual pizzerias.

These three brands land in the “middle,” with price averaging $10, thin crust pressed by special machinery, and capability for swift expansion.

Wetzel cites the separation between these three brands and the higher end concepts like 800 Degrees. Upscale brands will not be able to compete with unit count because it is more expensive to build a single unit.

On the lower-end of the spectrum rest small restaurant chains with relatively low startup costs and conveyor belt ovens.

Blaze will most likely be the first to reach the 100 unit mark. Currently 84 units are operating. Wetzel briefly hinted a public offering in the near future. He speculates Blaze will become the fifth largest pizza chain in the ensuing years.

Blaze’s first international market will be Canada. Most of the franchised territories in the states are sold out except for MOD Pizza’s hometown of Seattle.

The runner-up competitor, MOD Pizza also announced this week it will be expanding into the U.K. through a joint venture.

MOD Pizza has 72 units and is expected to hit the 100 mark by the end of 2015. Founder Scott Svenson plans to go public when the core business is ready to take on the pressures of IPO. 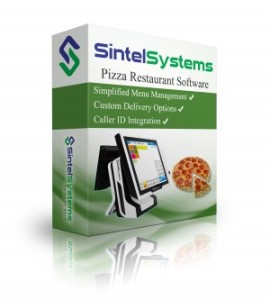 The third contender is also taking a step outside the U.S. with plans for locations in Guam and Saipan for 2016. Pieology hopes to add 40 locations to its 70 unit count by the end of 2015.

Sintel Systems is the only full-service provider of tailored Point of Sale systems acrossrestaurant and service industries, including frozen yogurt shops, pizzerias, andcafés.