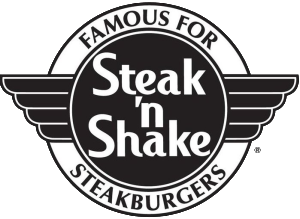 A recent Nation’s Restaurant News (NRN) report on Steak ‘n Shake’s financial results notes that according to a 2014 annual report released by parent Biglari Holdings total earnings before income taxes fell nearly $2 million, to $26.5 million in 2014, from $28.4 million a year ago, and nearly $20 million from 2012.

Given the strong presence Sintel Systems has in the retail, restaurant and service industries’ point of sale marketplace, we share these service sector growth trends with our customers and franchise hopefuls looking for key insights and opportunities in order to help them make the best decisions from the very beginning.

Here are the highlights of the NRN.com post, “Steak ’n Shake: Franchise expenses weigh on 2014 profit”:

• In his annual letter to shareholders, Sardar Biglari, chairman of San Antonio-based parent Biglari Holdings Inc. writes, “The major factor for the recent downturn has been our aggressive spending to stoke our franchise business.” Biglari suggested that the “intrinsic value” of Steak ’n Shake increased in 2014, despite the decline, because of those investments. “We have been trading near-term earnings to develop higher long-term cash flows,” he wrote.

• The number of franchise units was 71 locations in 2010. Currently there are 124 Steak ‘n Shake outlets. Steak ’n Shake’s franchise revenue grew from $4.2 million to $12.2 million during that time. NRN notes that there are 540 Steak ’n Shake units in total.

• Biglari also writes that Steak ‘n Shake has started building company-owned units in “high-profile, iconic locations to create more awareness of the brand” and showcase the chain’s new counter service model. NRN notes that includes units in Santa Monica, Calif., at the Third Street Promenade, and in New York City. The company has also opened units in France and Spain.

• NRN writes that general and administrative expenses for Steak ‘n Shake have increased by more than $20 million over the past two years, from $44 million in 2012 to $64.9 million last year. Two years ago, Biglari Holdings’ restaurant operations spent 6 percent of revenues on general and administrative spending, which includes legal fees and marketing associated with franchising. Last year, the company spent 8.3 percent of revenues on those expenses.

• In his annual letter, Biglari said the company’s overall strategy for Steak ’n Shake has been to strengthen its long-term competitive position by giving consumers strong value. Steak ’n Shake served 114 million customers in 2014, he wrote, compared with 112 million in 2013 and from 85 million in 2008, the year before Biglari took control of the chain in a proxy vote.

• “Our pricing philosophy is not to maximize profit per customer, but to offer products at the lowest possible prices to an ever-increasing number of customers, thereby continuing to stimulate aggregate profits,” Biglari wrote.

• The company says it has kept prices constant, despite rising beef costs, which have risen $19 million since 2009, Biglari wrote. The company’s annual report noted that last year’s beef price increase was more than offset by declines in other commodities.

For more insights into franchising and the franchise-seeking mindset, check out our related posts, These Sliding Franchises Must Get Back To The Basics, The Top 12 Franchises, Based Upon Average Annual Single-Store Sales, Inside A Baskin-Robbins Turnaround, and 7-Eleven Readies Its Wilson Farms Buyout For Franchisees.

Before you make your franchise move, consider calling Sintel Systems for a free phone consultation to help weigh and understand your options. We serve as a franchise incubator for clients across the retail, restaurant and service industries, forming lasting partnerships with our clients that you simply can’t get from a reseller.