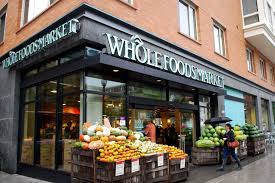 Inspectors previously stated it was the worse mislabeling they had seen in years.

Whole Food  had denied all allegations until John Mackey and Water Robb apologized over a video filmed in a prepacked fruit aisle at an undisclosed store location. Both execs admitted to overpricing items due to employee error. They also admitted even fresh pressed juices and sandwiches had been mislabeled.

Federal regulation sanctions how much a package could stray from its original weight and almost 89% of packages violated federal rules.

Approximately 80 prepackaged goods were found to be incorrectly labeled with overcharges ranging from 80 cents to $14.94.

In the announcement Robb stated, “they’re unintentional because the mistakes are both in the customer’s favor and sometimes not.” Only few instances were in the customers favor.

To repair previous human errors, Whole foods grocery stores will increase training nationwide and promises to give food away for free if mislabeling is found again.

Sintel Systems is the only direct to user full service for grocery and produce POS. They also provide tailored point of sale systems across the retail industry including, candy shops, cigar shops, and gift shops.