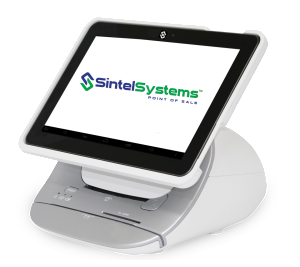 While franchising is booming in popularity — in part because many people see it as an easier route to entrepreneurship in an uncertain economic landscape — the Wall Street Journal is reporting the names of the 10 brands whose franchisees were the worst in terms of loan defaults among Small Business Administration (SBA) borrowers. The newspaper recently posted their analysis of charge-offs of all SBA-backed franchise loans in the past decade. Franchisees of the following 10 brands in the ranking defaulted at more than double the rate for SBA borrowers who invested in all other chains:

Here are the highlights of the WSJ post, “Franchise Brands With Higher-Than-Average Default Rates”:

• In total, from 2004 through 2013, the 10 brands were responsible for failing to pay back $121 million in SBA-guaranteed loans representing 21% of all franchise-loan write-offs.

• “For prospective buyers faced with a growing number of options, it has become more difficult to size up a franchise chain because of the limited information available,” write Sarah E. Needleman and Coulter Jones for the WSJ. “The chains aren’t required by law to disclose their franchisees’ first-year average sales and failure rates, for example, although the Federal Trade Commission does require them to share recent bankruptcy filings and prior litigation, among other basic information.”

• The WSJ gained access to the SBA’s franchise loan data via the Freedom of Information Act. An SBA spokesman said the agency’s loan data is incomplete because some lenders don’t indicate if a loan is for a franchise or for which chain when seeking the agency’s backing.

• The WSJ notes that the 7(a) loan-guarantee program, set up six decades ago to help borrowers who can’t qualify for traditional loans obtain funding to start or expand franchises and other small businesses, is the SBA’s most popular loan program by far. • Based on The Journal’s analysis of the data from 2004 through 2013, the SBA guaranteed nearly $18 billion in 7(a) loans, including $2 billion for franchisees, in the fiscal year ended Sept. 30, 2013. Overall, 18% of all SBA 7(a) loans — and 13% of all such loans to franchisees — were charged off.

• The WSJ notes that most recently, charge-offs on SBA 7(a) loans have been declining. Last fiscal year, 8,100 such loans were charged off for a total of $705 million, down from nearly $2 billion charged off in 2010, while simultaneously, the $18 billion loaned in fiscal 2013 was the second highest year in total amount approved in the past decade.

• Most of the 10 franchise brands with the highest 7(a) loan-guarantee program default rates blamed the economic crisis, at least in part. • Quiznos, the franchisee with the highest dollar charge off, filed for bankruptcy protection in March saying some of its stores failed due to “slower sales, high rent, increased competition and economic pressures.” The company says it is in the process of “making long-term changes to our business model to help improve restaurant profits.” • Stephen Smith, the founder and CEO of tanning-salon chain Planet Beach Franchising Corp., said he has spent the past three years expanding his brand’s business model to include new services like massage therapy and teeth whitening, and he has invested hundreds of thousands of dollars in new technology. The company, with about 200 U.S. franchisees, currently projects $50 million in system-wide sales for 2014, about the same amount it has had for each of the past three years, according to Smith.

• Jim Emmerson, chief financial officer of tutoring chain Huntington Learning Centers Inc., says most of the franchisees that ran into trouble had problems caused by the recession. In 2012 the company lowered its initial fee and size requirements for new buyers and has since made other changes aimed at better helping its franchisees succeed.

• Cold Stone owner Kahala Franchising LLC tells the WSJ that the problems caused by the recession were compounded by the “extreme growth” that occurred in the years immediately preceding the downturn.

• The WSJ notes in their post that high failure rates aren’t necessarily a problem for franchisers, as they can still consistently generate millions of dollars in revenue every year from sales of new units. Some franchisers also offer discounts to entice buyers to purchase multiple units at once.

• Among the best performers in the WSJ ranking were Jimmy John’s, Little Caesar’s Pizza and Days Inn, which all had default rates of 2% or less. Read the full Wall Street Journal post here. For more insights into the franchise-seeking mindset, check out our related posts, Franchise Expansion In A Diverse World, Franchise Red Flags, and These Sliding Franchises Must Get Back To The Basics.

Before you make your franchise move, consider calling Sintel Systems for a free phone consultation to help weigh and understand your point of sale (POS) options. Sintel is the only full-service, direct-to-user point of sale provider — no resellers, no middleman. From software development to franchise incubator to ongoing support, part of Sintel’s commitment to our customers and industry is to share information on how to achieve success.

Sintel Systems is the only direct to end user full-service provider of tailored Point of Sale systems across retail, restaurant and service industries, including frozen yogurt shops, pizzerias, sushi restaurants, cafés and retail stores. As a single source for business solutions, our experienced, knowledgeable team negotiates the complex POS landscape for you to enable you to find the right POS system for your business and budget. Hardware – Software – Support