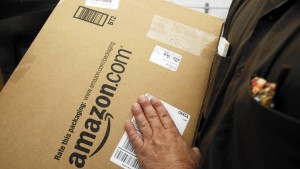 Amazon has expanded their Prime Now program to their hometown, Seattle. The expansion will add one hour booze and restaurant delivery to the long list of eligible items.

Seattle is the first city from the Amazon Prime Now program which delivers beer, wine, and hard liquor, including rum, whiskey, and vodka.

Boasting 109 warehouses worldwide, fifty of which have been built in the last four years, Amazon has brought products closer to consumers making rapid delivery possible.

According to IBISWorld, alcohol sales are expected to increase revenue by $1.4 billion dollars as of 2020.

Deliveries in Seattle will extend from 8 AM to midnight seven days a week.

Prime Now works as its own application for members through Apple and Android devices.

The eCommerce retailer initiated Prime Now last year in New York City and since been steadily expanding to urban cities across the U.S. Amazon Fresh, an eCommerce grocery store, is also integrated into the prime package but has been slower to expand.

On-demand groceries is a very fast growing market. Instacart, similar to Amazon Fresh, announced Tuesday it would be spreading their delivery service to their 17th market. Postmates, which also is in the delivery business, concentrates on delivering fresh meals, personal care goods, and alcohol.

As for Amazon’s restaurant delivery service it begin testing by allowing its employees headquartered in Seattle to order meals in conjunctions with their prime delivery service.