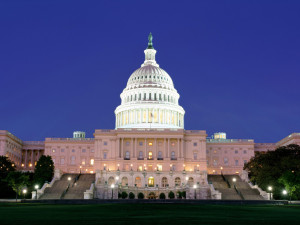 Tuesday, trade associations for both franchises and franchisees came to an agreement on a franchising reform bill making its way through Californian legislation.

Resistance from the IRA would cease if the proposed amendment was included.

An amendment to Assembly-Bill 525, proposed by the International Franchise Association (IRA) and Coalition of Franchisee Association, focused on protecting franchisees from predatory practices.

Last August, Gov. Jerry Brown vetoed a similar bill for unclear language and skepticism on its necessity. He urged both sides to work on ironing out their issues.

Franchisers, like McDonald’s and Subway will be prohibited from terminating agreements with franchisees if their wasn’t a significant breach of contract. Compensation will also be provided or business sold if their was a breach in contract. Franchisees who have complied with terms will be able to renew the original contract.

California passing the bill could cause a ripple effect of reform in other states.

Union groups seeking higher pay for workers have been intently watching this unfold. The Service Employees International union is vehemently backing the proposal.

The CFA and Franchisees have pushed the bill for years to combat franchisers predatory practices.

The IFA opposed the bill because it would limit franchisers ability to police their systems.

For months both sides have been working on clarifying vague language but keep the main focus of the bill intact.  Neither sides are completely pleased but it is a step ahead in the right direction.

If you’re considering starting a franchise business, you might not realize how important it is to choose the right point of sale provider for your long-term success.

Sintel enhances our customers’ success by turning point of sale data into strategic decisions, allowing larger franchises to grow and providing startups the foundation for future growth from the very beginning by acting as a franchise incubator, nurturing their businesses for the long haul.
Don’t wait until late in the game to plan for your point of sale system. The benefits of establishing an early relationship with your point of sale company are many — not just in demystifying the process and determining the optimal system, but even before you decide on a franchise direction.