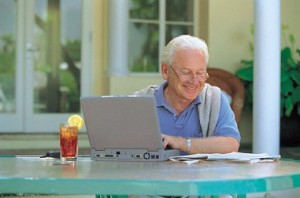 Given the broad awareness of certain entrepreneurs’ early success in their late teens or 20s (Gates, Jobs, Ellison, Dell, Zuckerberg, Brin and Page), expectations for entrepreneurial success would seem to skew in favor of the old saw, “Youth must be served.” Lately however, that outdated adage is being tested and found wanting.

In an earlier Sintel blog post we referenced the Kaufman Foundation’s annual Index of Entrepreneurial Activity, which points out that the number of new businesses started by older entrepreneurs aged 55 and over has risen to 23.4 percent, up from just 14.3 percent in 1996.

We at Sintel found this of particular interest due to the momentum we’ve witnessed in mid-life career changes and older entrepreneurs entering into the franchise sector, a major area of our POS expertise.

In a post at Inc.com, “How old is too old to start a great company?,” authors Jon Burgstone and Bill Murphy, Jr. examine the notion that venture capitalists don’t trust anyone over 30, and dismantle five of the most common arguments for declaring younger entrepreneurs are better-equipped to launch a startup.

The authors base their observations upon research conducted for their book, Breakthrough Entrepreneurship: The Proven Framework for Building Brilliant New Ventures.

Burgstone and Murphy write, “Great ideas can come from anyone who truly understands a market and its customers’ needs.” Although they see how, in founding Google and Facebook, Brin, Page and Zuckerberg “applied their talents in the application of emerging technology to consumer markets, where youth can indeed help,” the authors argue that “… regardless of your age or background, if you examine a market critically, you can develop insights into what customers in that market truly need.”

Argument No. 2: “Younger entrepreneurs don’t know ‘what can’t be done.'”

The authors ask, “Is inexperience an advantage?” They point to how older entrepreneurs find inspiration in having “many experiences of living through dynamic change, which can inspire older entrepreneurs to contemplate with awe what comes next.” Burgstone and Murphy prefer to “see entrepreneurs who are naturally inclined to test, test, test good ideas and learn with as much certainty, and as little initial investment, whether they’re likely to succeed or not” over believing in the romantic, perhaps Quixotic ideas of those less experienced.

Burgstone and Murphy relate the story of two Silicon Valley entrepreneurs in their twenties who rented a house and moved in beds so everyone could live “on-site” in an environment packed with tables and computers. “Maybe it’s easier to care about only one thing—your new venture—if you haven’t taken-on other commitments,” they write. “But, really, how long can anyone keep up that kind of pace?”

“The ability to quickly learn and pivot is a critical entrepreneurial skill,” the authors stipulate. “But do younger entrepreneurs truly come by it more easily?” Consider Robin Chase, who launched her first company as a 40-year-old mother of three. In what became a difficult first year in business, Chase had to raise prices to break even. “It was a setback,” they write, “but having had more than two decades of career experience, Chase viewed the change with perspective.”

There is, perhaps, a grain of truth in this argument. Young entrepreneurs who have not yet established themselves are unlikely to carry a lot of financial overhead. The authors contend, “low overhead is a good thing regardless of your age.”

“Save some money, don’t indulge on too many unnecessary expenses,” they write. “Happiness in life comes from relationships, doing something meaningful and other mostly intangible things.”

Burgstone and Murphy point to a few examples where founders with years of experience in their industries went on to build successful, lasting companies. They suggest we “look to them for inspiration, and realize that anyone, young or old, who can develop a unique insight has a shot at building an amazing new venture.”

-Don and Doris Fisher founded The Gap when Don was 41.