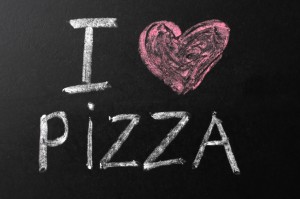 When the moon hits your eye, like a big pizza pie, that’s amore; and investors seeking a bigger slice of the surging fast-casual restaurant market are in love with pizza.

Just as we share our vast point of sale experience and expertise with startup owners in order to help them make the best decisions from the very beginning, we at Sintel Systems are happy to share articles, advice and commentary about how tastes are changing the restaurant landscape.

As consumers continue to seek better food, but still served quickly, fast-casual has become the go-to answer for franchises. Best evidenced by Chipotle Mexican Grill, whose upsurge in same-store sales growth has delivered stock appreciation of more than 55% year-over-year, a number of new and existing franchises are looking to become “The Chipotle of Pizza.”

We spotted a nifty roundup, “Pizza Franchises Hoping to Deliver Millions,” on the news website CNBC.com that makes clear the opportunities for fast-casual dining in the current $32 billion-per-year fast-food pizza market.

According to NPD Group data for the one-year period ended June 2014, the fast-casual segment has grown into a $21 billion annual industry. “Each year, a new fast-casual segment is being added, and now we are hearing more about fast-casual pizza,” said Bonnie Riggs, NPD Group restaurant industry analyst who has covered the industry for three decades.

The boutique broker Telsey Advisory Group believes that there may be as many as 2,000 fast-casual pizza joints opened over the next five years by the major players in the space.

Wunderlich Securities analyst Robert Derrington compares fast-casual pizza to the growth of bagel chains. In 1994, there were 1,500 chain bagel stores. By 1997, there were 7,600. “Ultimately, as with the bagel chains, there will be too many stores,” Derrington tells CNBC.com, adding that, for the losers, revenue per store will drop precipitously. “But at this point, this is a quickest-to-market thing; everybody wants to be the incumbent. It will ultimately be a bloodbath.”

The CNBC.com post focuses in on the following fast-casual pizza concepts:

PizzaRev, based in Los Angeles, was co-founded by music industry executives Irv Zuckerman and Rodney Eckerman and is partly owned and operated by sports-bar chain Buffalo Wild Wings. The franchise’s 11″ pizzas cost under $8 and are cooked in less than 3 minutes at 900 degrees. Consumers have their choice of sauce and crust, and all toppings are free.

– Initial franchise investment cost: $343,500 to $479,500 (not including real estate).
Pie Five’s 9″ pies generally cost $6.49; gluten-free runs an extra $2. The chain also offers a variety of salads. Derrington tells CNBC.com, “Pie Five is geared toward families, and franchise developers have found it to be a very efficient package that works very well in suburban locations.”

Like the others, Project Pie focuses on customizable pizzas, including a Nutella and Banana pizza.

Uncle Maddio’s was created by Moe’s Southwest Grill co-founder Matt Andrew and is based in Atlanta. Much like Moe’s, it has a relatively broad menu which includes paninis and salads.

Your Pie opened in the college town of Athens, Georgia in April, 2008 by Drew French and has expanded across the southern U.S. Pies are made in under 4 minutes at 800 degrees. Customers may opt to make their own customized pizzas, calzones, paninis or bread bowl salads.

Toppings on MOD Pizza’s 11″ pies are free and like many of the other chains, it offers a gluten-free crust at a $2 surcharge. Cook time in its 800 degree ovens is usually under 5 minutes.

Blaze Fast Fire’d Pizza was founded by Wetzel’s Pretzels founders, Rick and Elise Wetzel. Blaze’s crusts are generally thicker and chewier than its competitors’. The topping choices are unlimited, and salads are offered on the side.

The 11″ pies cost $7.99 with unlimited toppings, although “Starving Artist” specials are $5.99. Pizza Studio claims a cook time of 2 minutes in a double convection, high-temperature oven.

For more insights into consumer tastes and restaurant trends, check out our related posts, Restaurant TrendMapper Has Trend Spotting Trending Higher, Follow Food Trends For Your Franchising Future, These Sliding Franchises Must Get Back To The Basics, Growth Investors Likely To Get In Line For Shake Shack IPO, and Fast-Casual Diners Want Customization, Not Complexity.

Sintel is the only full-service, direct-to-user point of sale provider — no resellers, no middleman. From software development to franchise incubator to ongoing support, part of Sintel’s commitment to our customers and industry is to share information on how to achieve success. Whether you’re a first-time franchise hopeful, a small business owner or an established chain, it’s always smart to stay on top of consumer tastes and restaurant trends.