Skip to content
Home » Blog » Uncategorized » Living in these areas? Get your favorite fast-food and fast-casual restaurants delivered. 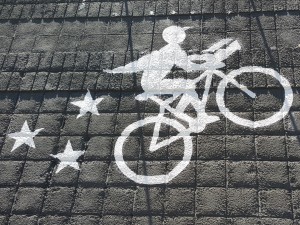 Quick service chains are in a race to deliver their products right to your door. Delivery for many fast food and fast casual restaurants was never reasonable idea until late. With the emergence of mobile ordering and delivery apps it has become a feasible practice.

Here are ten chains that begun or plan on rolling out delivery programs:

Partnering with Postmates, the pretzel makers owned by Focus brands is testing delivery at 34 locations in Autsin, Atlanta, New York, San Francisco, Dallas, Portland, Charlotte, and Los Angeles. If you are willing to pay the delivery fee, starting next week you will be able to have a pretzel delivered to you. Auntie Anne’s will take a month after the launch to be understand the market and study future expansion.

Also a subsidiary of Focus Brands, Carvel, will be testing delivery in the same cities as Auntie Anne’s. Focus brands pushing Carvel towards delivery is a bold move for the 80 year old chain. Since it is a highly delicate product Postmates will delivery sundaes and ice cream by car instead of bikes. All necessary precautions will be taken into consideration to ensure it is delivered as it should be. Postmates has promised 60 minute delivery for all Focus Brands.

Cinnabon president, Kat Cole, announced the programs launch last Friday over a couple of tweets on Twitter. The tweets read, “Bringing a little tech into our sweet and snacky food biz.”Another tweet joked about drones becoming the next mode of delivery. Cinnabon also falls under the Focus Brand family.

Another of the Focus Brand’s chain, Schlotzky’s with smaller sister companies Moe’s Southwest Grill and McAlister’s deli, will begin delivery following the Postmates partnership. The delivery service will have to work on distinct delivery methods for each Focus Brand entity.

Initiated in July, Taco Bell announced it was testing delivery at 200 locations in California and Texas using Door Dash. The quick service chain had also been testing delivery around college campuses. Yum! Brands could possibly begin delivery with Taco Bells sister company, KFC, in the near future.

Unlike the other QSRs, Dunkin’ Donuts CEO reported in June they were going to begin testing delivery privately. The public will not be able to order right to their door but a new addition development in their mobile app could mean it is near in the future. Visa Checkout is now offered as a method for payment via the app.

Starbucks Coffee decided on testing two different delivery models in Seattle, its hometown, and New York City. Seattle customers can place orders via their mobile app and Postmates will deliver the order. The New York City model is exclusive to certain buildings. Customers in NY also receive drinks by “Green Apron” clad workers instead of a delivery service.

Panera Bread boasts broader delivery options. For more than a year the fast casual chain has been working on various models to deliver. In April the company announces its expansion to 28 locations offering the service. Unlike most trying to gain ground on the delivery scene, Panera doesn’t have a definite partnership with any delivery services. Presently it is testing both company and third-party drivers.

Using Postmates, Chipotle launched delivery through mobile and online orders. Having quietly been testing the waters since March, Starbucks decided to expand due to an increase in delivery orders.

McDonald’s delivery services come as part of turnaround plans. With sales at an all time low the traditional quick service chain is fighting to gain some ground in the future “experience.” The brand is trying to restore their image with various programs like all day breakfast and “Taste Crafted” menus.