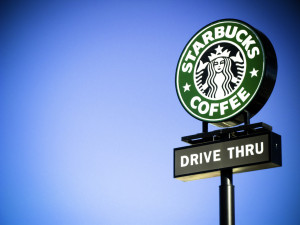 San Francisco’s measure against soda companies would also place Starbucks in the midst of the controversial ordinance.

Bloomberg reports San Francisco is waging war against sugary drink producers, which also puts Starbucks on its hit list. The mandate would require companies to put health warning labels on advertisements and billboards.

Starbucks argued this was unfair treatment when doughnut and bakery shops, who also serve high sugar and calorie items, were not being targeted.

According to Bloomberg, 93 Starbucks coffee shops would be affected by the ordinance. Any signs promoting their signature drinks would need to be tweaked in accordance to the law.

Sanja Gouold, a spokesperson for the company, stated the coffee shop giant is reviewing the law “to evaluate the impact.”

Bloomberg noted a 12oz Frapp has more calories than a 12oz can of Coca Cola.

Although the measure does not extend to all of Starbucks drinks, frappuccinos are not exempt.

The final vote will take place on June 16, than continue to the mayors for approval.

Other similar ordinances include prohibiting ads on city property and city money will no longer be used to purchase sugary beverages.

This came into play after voters rejected a measure to tax beverage companies. Neighboring city, Berkeley approved a 1 cent per ounce tax.