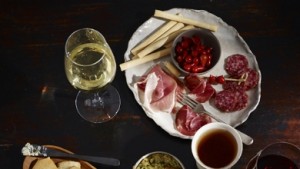 Starbucks coffee shops is expanding their later day menu options to include beer and wine.

Is the Coffee Shop QSR (Quick Service Restaurant)  moving from serving your morning coffee to selling your night cap?

Starbucks evening program began in 2010 at one of their Seattle locations but since expanded to include 75 store in Washington, Los Angeles, Oregon, Los Angeles, Chicago, Florida, Atlanta, Denver, Miami, Orlando and Northern California.

Starbucks is set to start expanding the evening program to 12,000 stores by 2019, with hundreds expected in the next year.

Upon phasing completion the program is expected to bring an increase of $1 billion dollar in sales.

The coffee shop giant has always excelled in the breakfast category but is aiming to get in on the later daypart action. Data analysis for the company have shown an increase in sales later in the day in part of Frappucino offerings.

Taking on the memu designing task is a hired team of “sensory experts,” who will help craft menus based on region. In certain areas customers will able to have beers brewed at local craft breweries or wines from Argentina.

Along with the beverage will be light snacks to compliment diverse tastes. Pairing such as Truffle Man and Cheese, Chicken Sausage and Mushroom Flatbread, or Bacon Wrapped Dates with Balsamic Glaze will be added in addition to beverages.

Evening units will also be redesigned to to promote an “unwinding” atmosphere.

Some chains have also taken to blending QSRs with bar concepts. Earlier this year Taco Bell also announced it would be opening locations in Chicago and San Francisco that would be serving alcoholic beverages.

is the only direct to end user full-service provider of tailored Point of Sale systems across quick service industries, including food trucks,cafeterias, kiosks, juice bars, and frozen yogurt shops.