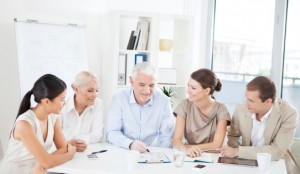 Evidence is mounting that, as baby boomers exit their professional careers, they’re turning to franchising to achieve the level of autonomy that comes with being your own boss.

We at Sintel Systems found this of particular interest, as it matches the momentum we’ve witnessed in mid-life career changes and older entrepreneurs entering into the franchise sector, a major area of our POS expertise.

As an example of another data point in this growing trend, consider “Franchising as a Second Career Seems to be ‘Booming’,” a recent blog post at BizJournals.com that places the focus on FranNet LLC, a company that helps franchises locate franchisees.

FranNet recently reported its third year of record revenues, and the driver behind their growth is baby boomers 40-60 years old and nearing the end of their first career.

The BizJournals.com post outlines many of the reasons for the baby boomer franchising boom, as perceived by Thom Crimans, a franchise specialist with FranNet:

• “Many people who jump into a franchise are investors whose stock isn’t doing what it used to,” Crimans tells BizJournals.com. “They believe they’ll get a better return by investing in their own business.”

• “Starting a franchise is an investment, but it’s not like you’re going to buy stock,” Crimans reminds franchisees. “It’s going to take some sort of an active role from you.”

• Crimans has spotted one large trend over the two decades he’s been observing franchising; that people today are more prepared for an expected, even planned, career change. “The evolution has been that people don’t have a full-time career at one job, at one company,” he says. “I think I do see people planning for a second career more.”

• Franchising is most commonly associated with restaurants, but Crimans sees many other service-based options, including business coaching, CEO roundtables and maid services. Quick-service restaurants typically require a $1 million buy-in, mostly for startup overhead, and those with no seating have buy-ins averaging in the $200,000-$300,000 range. However, initial investment for other service-related businesses is closer to $75,000-$100,000.

• Another emerging trend in franchising is baby boomers buying a business for others to operate, perhaps their adult-age children. Or, perhaps, a franchise with a hired working manager, in which case the franchisee’s role is to manage the manager.

• Crimans also points to those who never planned to work for anyone, seeing a generation who never had the idea they were going to work for a corporation, saying, “They were planning their whole career to go into business (for themselves).”

Regardless of your age, if you’re considering starting a franchise business, you might not realize how important it is to choose the right POS provider for your long-term success.

Sintel enhances our customers’ success by turning POS data into strategic decisions, allowing larger franchises to grow and providing startups the foundation for future growth from the very beginning by acting as a franchise incubator, nurturing their businesses for the long haul.

Don’t wait until late in the game to plan for your POS system. The benefits of establishing an early relationship with your POS company are many — not just in demystifying the process and determining the optimal system, but even before you decide on a franchise direction.