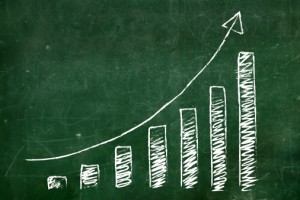 After a brutal winter, pent-up demand has tourism-driven economies, including eating and drinking establishments, anticipating a buoyant summer season.

The QSRM report looks at recently released projections by the National Restaurant Association (NRA) that says restaurants will be adding 508,000 jobs this summer season. The estimates for 2014 represent the second consecutive year during which restaurants added at least ½ million during each summer season.

Just as we happily share our vast point of sale (POS) experience and expertise with restaurant startup owners in order to help them make the best decisions from the very beginning, we at Sintel Systems are happy to share articles and commentary about the dynamic restaurant franchise market.

Informative background information in the QSRM post includes the following:

– Summer employment is defined as the average number of eating and drinking place jobs in June, July, and August.

– The number of summer jobs is the difference between the projected total 2014 summer employment and the March 2014 employment level.

– “Generally, the U.S. restaurant industry begins to ramp up its summer seasonal hiring in April, and it peaks in June, July, and August,” writes QSRM. “Eating and drinking places account for approximately three-fourths of the total restaurant and foodservice workforce.”

Here are the highlights of the NRA’s projections for summer hiring, gleaned from the QSRM post:

– “Summer is the busiest season for restaurants in most parts of the country, and the uptick in business creates additional job opportunities at all levels of a restaurant operation,” said Bruce Grindy, chief economist for NRA, as quoted in the QSRM post. “In many states with tourism-driven economies, restaurants are prime destinations for both tourists and job-seekers.”

– QSRM points out that the restaurant industry typically trails the construction industry in creating summer jobs.

If you are interested in franchising, you could use an ally with vast industry experience and a unique insider point of view. At Sintel Systems, we serve as a franchise incubator for clients across the retail, restaurant and service industries, forming lasting partnerships with our clients that you simply can’t get from a reseller — from advising fledgling franchisers to nurturing young businesses to providing perspective to established businesses.

Before making your franchise move, consider calling Sintel Systems for a free phone consultation to help weigh and understand your POS options.