Wonder what EMV and liability shift everyone in the credit card world is talking about?

Many merchant are now noticing what is commonly referred to EMV (Europe/MasterCard /Visa). EMV is standard for inter-operation of integrated circuit cards (chip cards) for authenticating credit or debit card transactions.It is basically credit cards (currently used in Europe) that have chips in them that make it harder for fraudsters to replicate.

In the same context as EMV, in the United States, the credit card associations (Visa, MasterCard, American Express, etc) also refer to this as the liability-shift. According to the October 1, 2015 timeline: 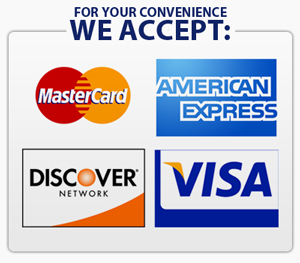 1. If a consumer uses a magnetic stripe in an EMV-capable credit card point of sale (POS) terminal and the transaction turns out to be fraudulent, liability will rest with the issuer (bank) of the original magnetic stripe card.

2. If a user uses a magnetic stripe card for a fraudulent transaction on a POS terminal which cannot process EMV, the liability for the fraud will rest with the merchant.

For the majority of merchants no real change will occur on October 1, 2015.

At this point the following must be noted:

1. The major banks (Global Payments & First Data) that ultimately process the transactions and provide the direction and software coding have not yet (as of April 2014) offered the necessary coding to credit card processors, terminal providers and POS companies. This is the issue between the major players that is being “worked out.”

3. Less than 10% of all cards are equipped with chip technology available and it is estimated that it will take at least three years to convert all the cards.

4. All credit card terminals regardless of technology will continue to work past October 1, 2015.

5. Most consumer will be using magnetic strip cards on October 1, 2015 until all cards are converted or replace putting the cost of this on the banks

6. Any new hardware requirements will be made available by the deadline by most POS or merchant account companies. This will require simply replacing the detachable MSR (credit card reader).

7. Realistically, the most impact of this is for large retailers (not small ticket) given the rate of fraud and chargeback is insignificant in small ticket merchant such as the frozen yogurt industry or bakeries.

8. Clients who have had POS systems over 48 months by October 1, 2015 should actually consider replacing the systems as it nears the end of its life cycle. In 48 months, most POS systems have seen over 17,000 hours of usage and about 35,000 hours of on time.

9. All POS systems provided 12 months prior to the deadline (if timeline is not changed) will accompany the new hardware.

* There is naturally a possibility that the deadline will be moved given the variables involved. This is one reason few POS companies are actually offering the hardware at this point. The hardware with no software coding is essentially a useless slot.