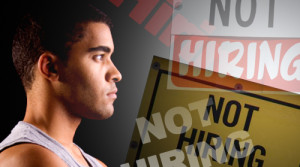 CEO of restaurant chain Buffalo Wild Wings told CNNMoney earlier this week hiking minimum wage could potentially hurt teens looking for their first jobs. Sally Smith stated her company and many other believe $15 dollars is to much to pay an inexperienced worker.

The restaurant industry is where most people gain experience when in high school and college.  Smith said, “A $15 dollar minimum wage could have an impact on youth employment.”

Currently New York city is next to increase $15 dollar wage hike but unlike Seattle, San Francisco, and Los Angeles, it only includes fast food workers. Buffalo Wild Wings is  not one of the 116 companies who will be affected by New York’s wage bill; although, realistically many companies will be affected as gradual increases begin to take place.

The casual dining restaurant already refuses to hire anyone under 21 because it serves alcoholic beverages. Another reason is franchisees save money by hiring older experience workers who don’t require much training.

Teens have an unemployment rate of 18.1% and it has begun to slowly increase according to recent labor statistic. Wage hike will initially impact the younger demographics more than any age group.

Many restaurant owners have spoken out against $15 minimum wage including McDonald’s CEO, Steve Easterbrook, and Dunkin’ Donuts CEO, Nigel Travis.

Sintel Systems is the only full-service provider of tailored Point of Sale systems acrossrestaurant and service industries, including sushi restaurants, frozen yogurt shops,bars, and juice bars.