The three largest fast food chains in the world are McDonald’s, KFC, and Subway.

What does McDonald’s serve?

McDonald’s was founded on May 15, 1940 in San Bernardino, California  and McDonald’s Corporation on April 15, 1955 in Des Plaines, Illinois. Today it is the largest fast food chain in the world.

What is special about McDonald’s?

McDonald’s is known for the largeness.

Although McDonald’s has been consistent in their products, the quick service chain is very aware of other countries various diets. For example in India, instead of using beef for their hamburgers they serve vegetarian patties that cater to their dietary needs. 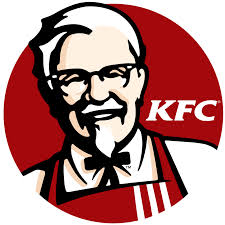 What does KFC serve?

KFC which was one of the first fast food chains to expand internationally was founded on September 24, 1952 in Salt Lake City, Utah. Now it is the second largest fast food chain in the world.

What is special about KFC?

What does Subway serve?

Subway was found on August 28, 1965 in Bridgeport, Connecticut.

What is special about Subway?

Subway is known for its many fresh and healthy options. Unlike the other fast food chains it capitalizes on serving healthier choices.

Sintel Systems is the only full-service provider of tailored Point of Sale systems across restaurant and service industries, including frozen yogurt shops, pizzerias, andcafés.